The Geophone nodes contain three geophones at right angles to each other in order to detect motion in any direction. They use a special PCB containing an ARM processor and three amplifiers (with a high gain) in order to constantly monitor the signals. When an event occurs the processor is woken up and copies the captured data (1s) to a microSD card then goes back to sleep. To make experiments easier an RS485 cable to the surface is used once a day to upload the data to a surface Seismic Surface Node (SSN) which forwards it to the main base station via an 868MHz radio link. These geophone nodes were designed to be tuned to survive on battery power if the cable is destroyed (or not used) so they contain a pack of LiSOC batteries. 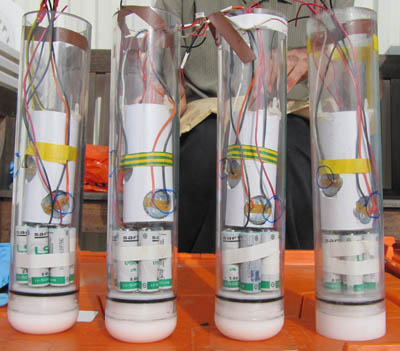 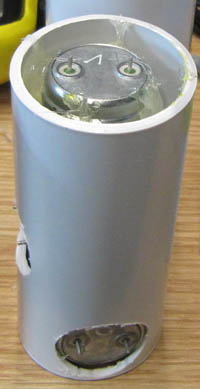 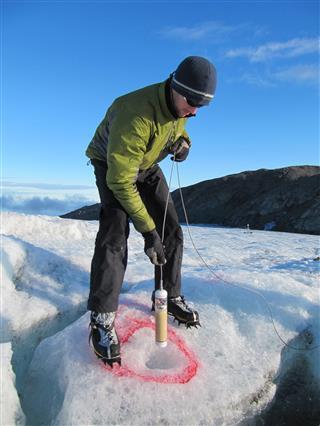