The aim of this project at the University of Southampton, is to develop technology to monitor glacier behaviour using sensor networks. In doing this we are contributing to fundamental research in glaciology and wireless sensor networks. The research funded by Leverhulme  worked on “ice quakes” and funding from National Geographic helped with the expedition and public understanding of science (see Glacier Explorer) and our 2018 fieldwork  and 2019 fieldwork in Iceland. We have a new paper in Nature!

Custom sensor probes were placed under glaciers and data collected by a base station on the surface. Measurements included temperature, pressure, stress, weather and subglacial movement. The information gathered is important in understanding the dynamics of glaciers as well as global warming and the project has produced useful new data.

The project has deployed on four glaciers; one in Norway, and three in Iceland (current research), the probes have also been trialed in Tijuana to monitor landslides. The rapid breakup of the glacier which prompted the move from Norway to Iceland led to a BBC News article. See our Frequently Asked Questions page, our blog, the 2014 fieldtrip and our 2013 film on Youtube. Also Jane’s talk at the International Glaciological Society.

2016 saw us deploying an Iceberg Tracker together with Formula E in Greenland. See its path and their video. Current research includes low power dGPS trackers for Glacier movement. We captured a timelapse film over winter  and a 3D model fly-through. July 2022 sees the start of our new Leverhulme-funded project.

If you would like to become involved in this research there is the possibility of a studentship in Glaciology or in Electronics or Computer Science. 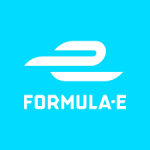