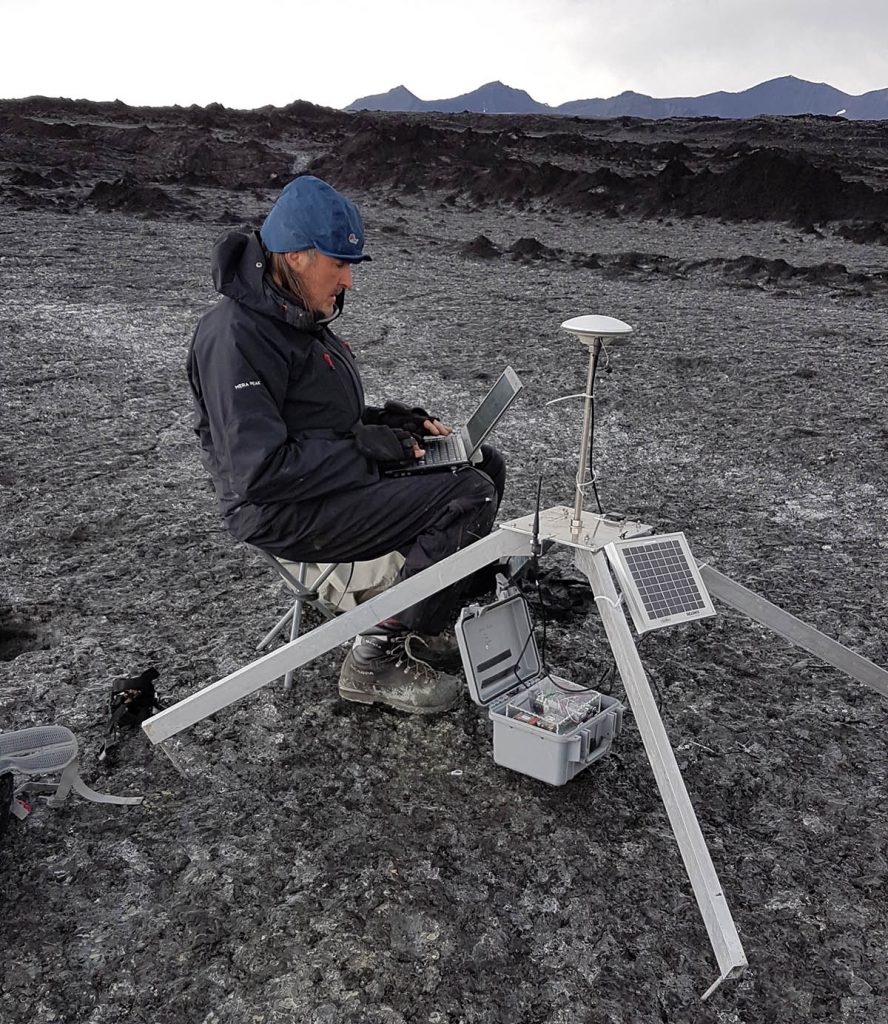 Kirk configuring the dGPS node on Breiðamerkurjökull. The white dGPS antenna is on the rod, the small black antenna links it to the base station on the moraine and the small black square antenna on the plate links it to Iridium. The bolts on each leg have not yet sunken into the ice to anchor it. (2017) 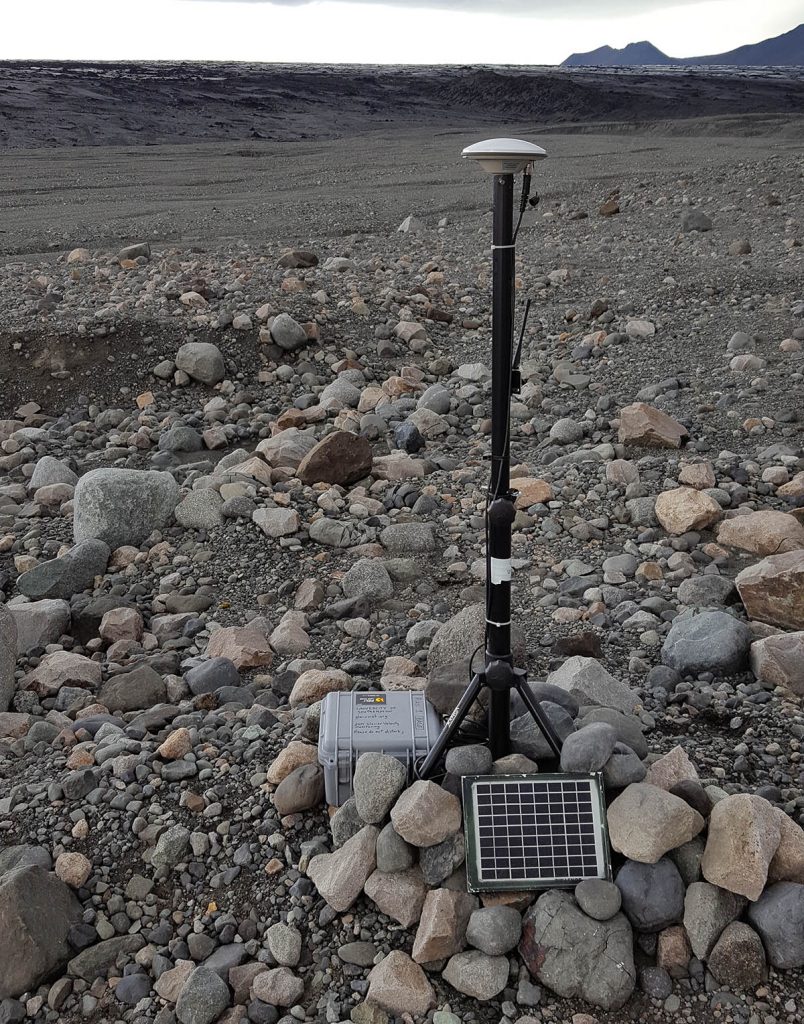 Base station for Breiðamerkurjökull. We used a tough speaker stand to support the antennas. Th 5W solar panel is supported near the ground to reduce windo loading – although it will become snow covered eventually. (2017)

In 2018 we added two rovers on Breida – higher up the ice and moved the base station closer to the ice. The Rover from 2017 was relocated about 20m back up the glacier. 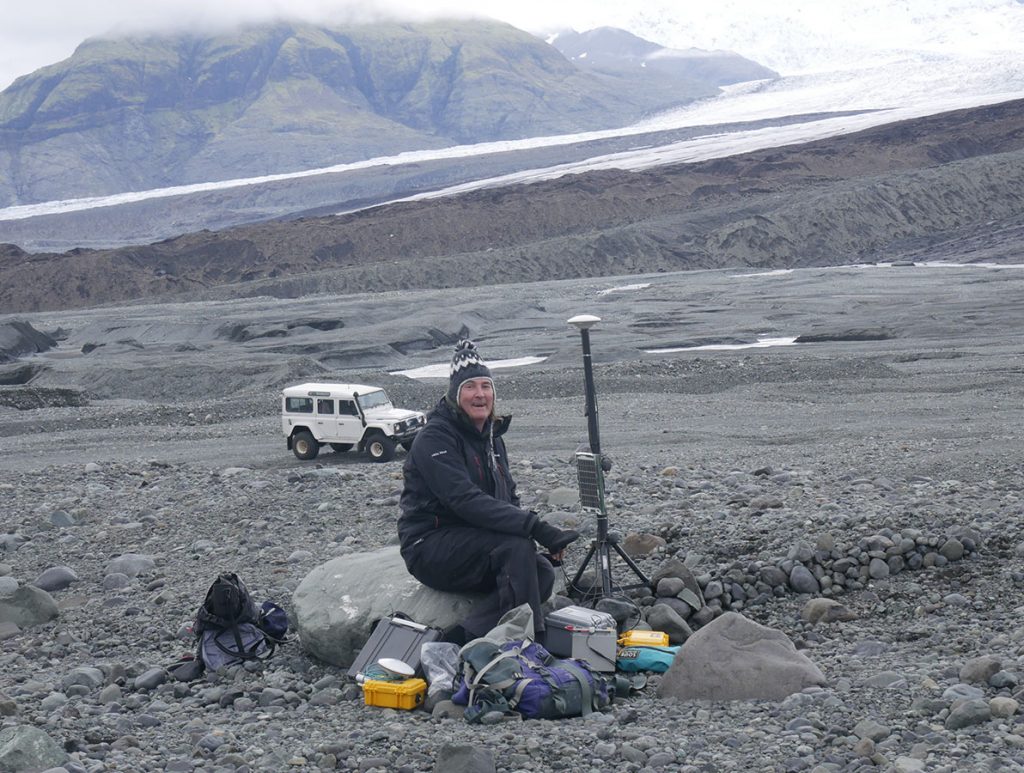 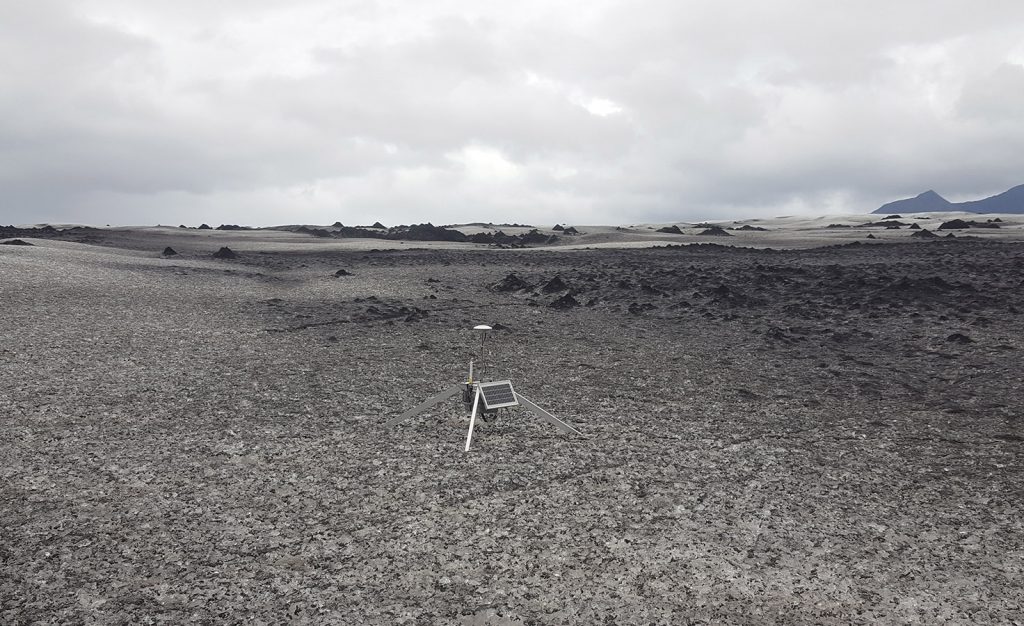 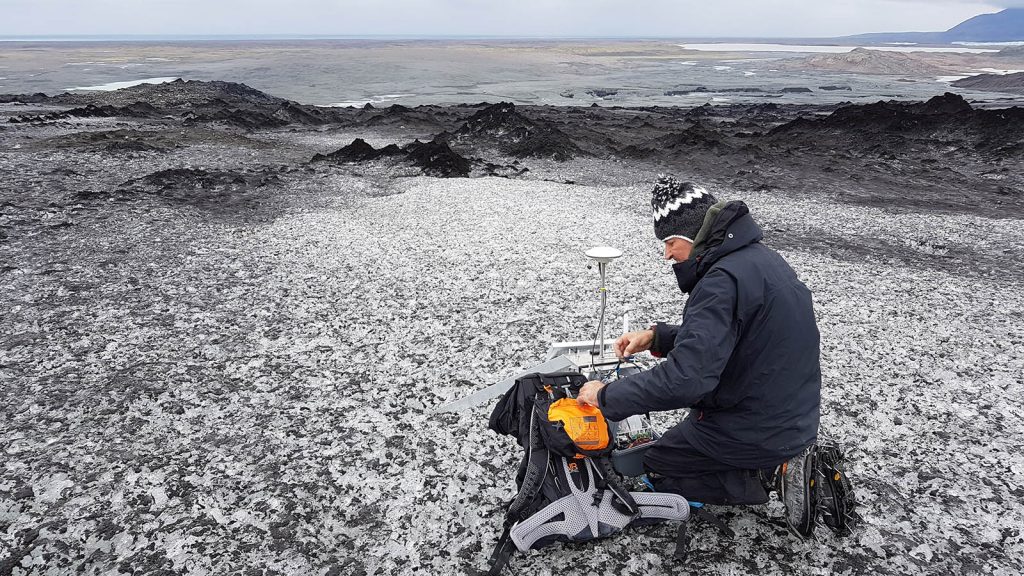