Skalafellsjokull is a large outlet of the icecap. We worked at around 700m altitude. 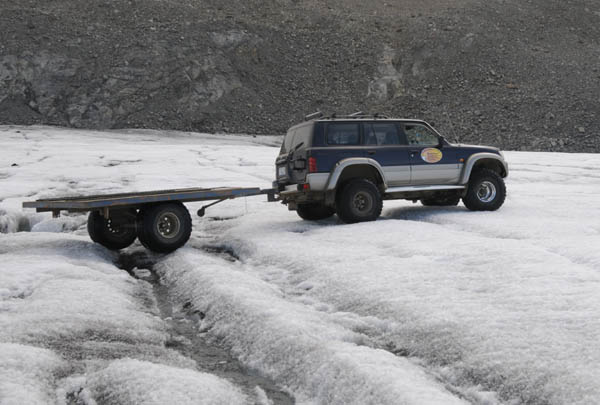 Thanks to Glacier Jeeps who carried our heavy drill equipment to the site. Quite a bumpy ride but they make it look easy! 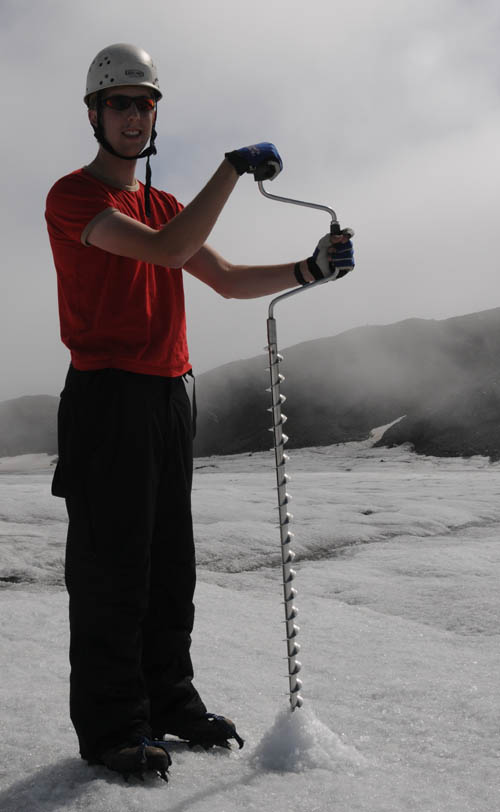 Thanks to a strong geography team the ice drilling, marking out the area and radar were completed flawlessly. (the good weather we had most of the trip helped!) - Here Stuart is making holes for markers so we can keep track of where everything is. 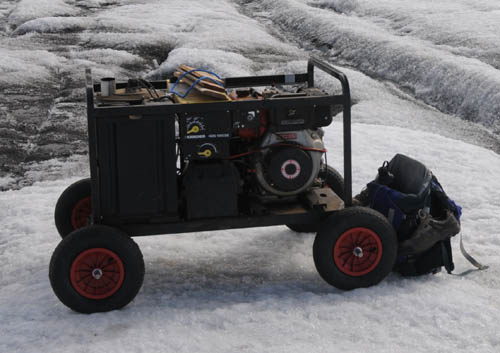 Our Karcher jetwash gained new wheels this year to help move it about (Thanks to Jeff and Tom). 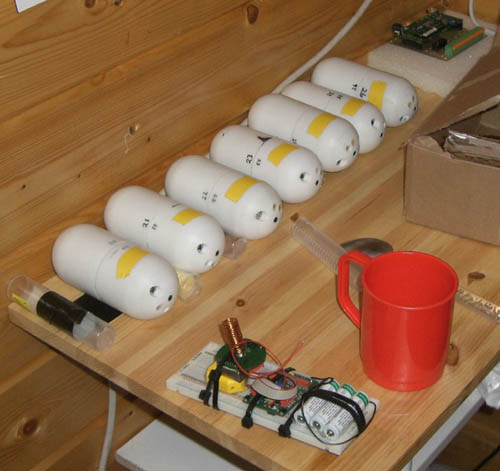 Probes under test in the cabin. 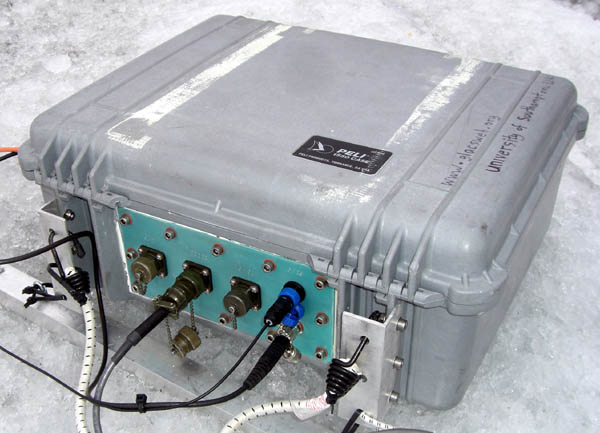 The new base station case was re- engineered to be stronger than ever before to withstand the Iceland winter. 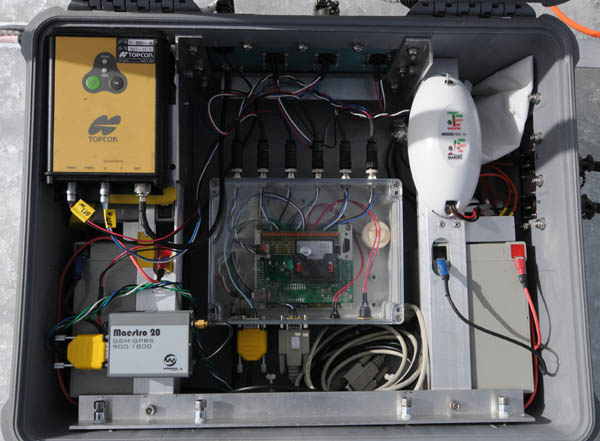 The neatest base station box we have made. Jeff's reinforcements would help if something drastic happened to it (see last Norway pages). The main system is based around a Gumstix computer with our own microcontroller for low power tasks. GPRS is used to connect to the internet and send files to Southampton directly. 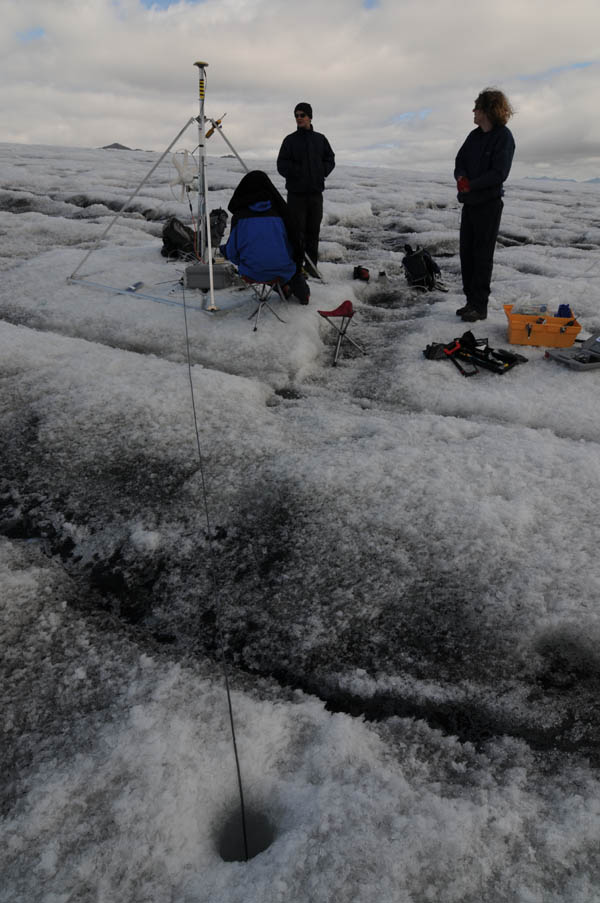 The base station with its (new stronger!) antenna/power pyramid. The wired probe is towards the bottom of the picture. 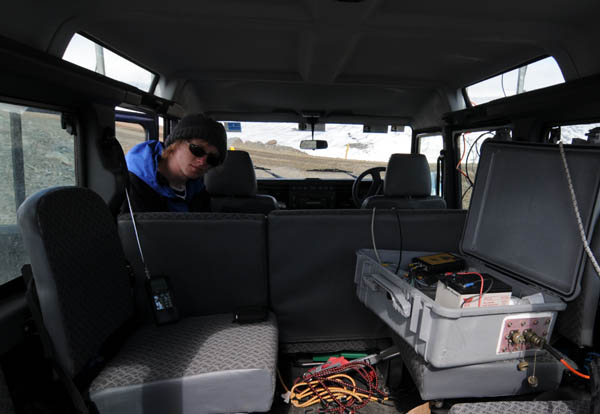 The convenient location of the land rover made it a good place for final tests. 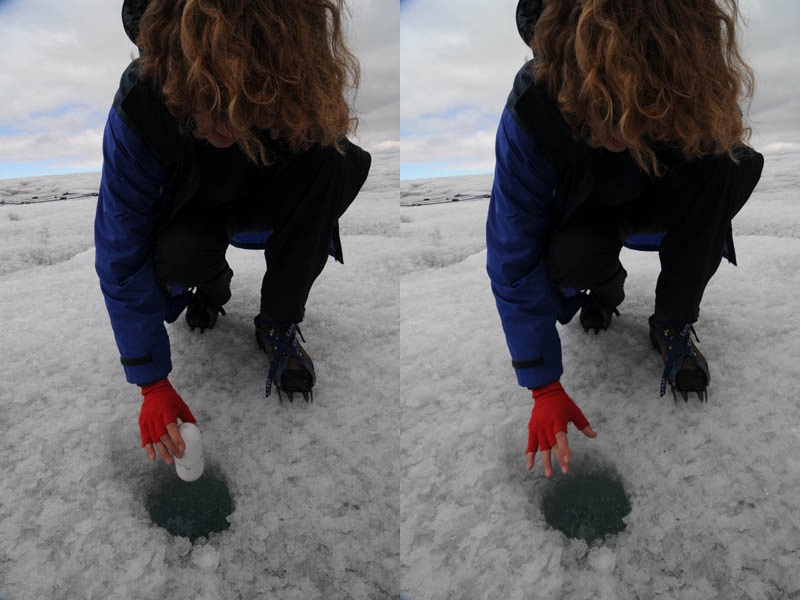 The holes were full of water so it was easy to deploy probes by dropping them in. This was an emotional moment for Jeff after nurturing them for so long.