The 2009 summer expedition aimed to upgrade the software on the base station, install a new reference GPS station on the cafe at the top of the track, 1km away and install smarter power management as well as adaptive GPS sampling. 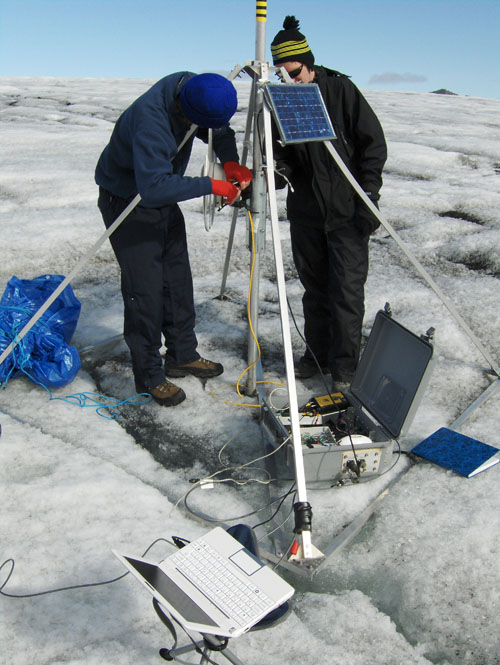 The first thing we had to do was mechanically fix the wind generator (which had snapped a weld!) and a new (higher gain) GPRS antenna. Here you see Jeff (left) and Phil doing the best they could with very few rousources. The EEE PC in the foreground was having a rare "rest". 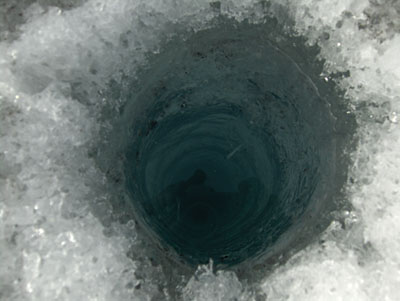 We found this one hole was open and almost the same size as in 2008! It was full of water and we measured about 15m deep still. So it was probably closed-off trapping the water. 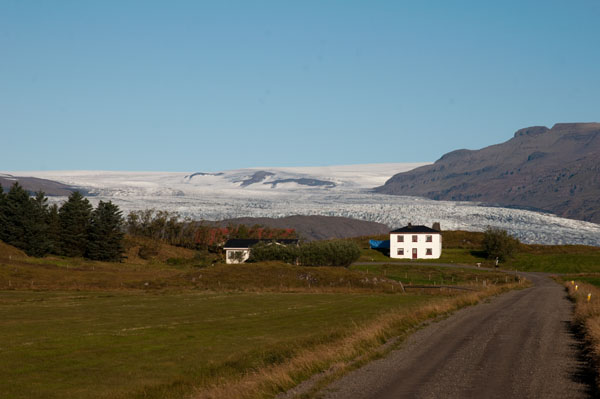 We stayed at the Holmur farmhouse - which provides an ideal base (as well as great pancakes!). 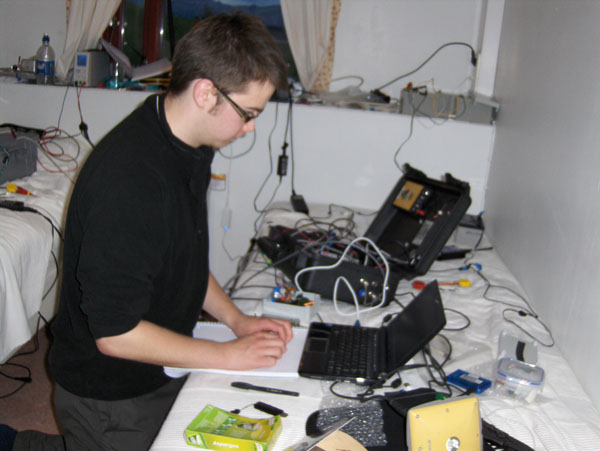 We used a bedroom as a lab - which was often busy until midnight. Luckily we flew there so we did not have too much gear! Here you see Richard pondering a Python change. His work on the linux control systems was to prove vital in obtaining our "smarter" system. 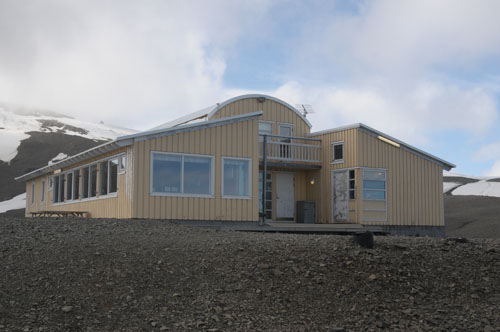 At the top of the gravel track is Jokulasel - a base for glacier-jeeps trips and now a fixed GPS point with our Gumstix-based self-powered box. 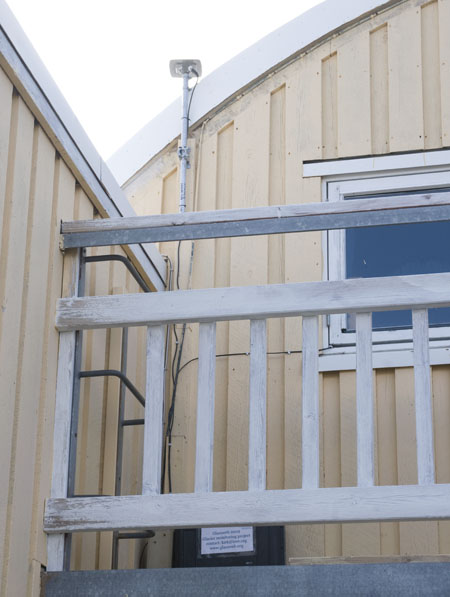 This took some super craft-work by Jeff to mount securely against the Icelandic winter. It has a small GPRS unit/antenna to send GPS files back to the UK. Its position is known with respect to the GPS station in Hofn to within 2cm. 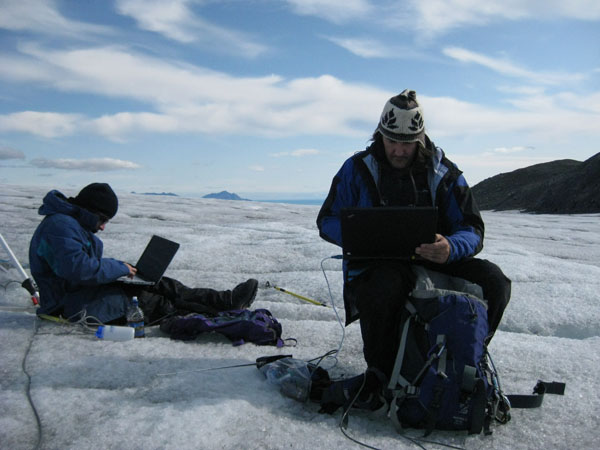 Josh (left) and Kirk on the ice concentrating on laptops. This was when we managed to "talk" to the probes which had survived under the ice for over a year - finally providing data which we had not seen before. 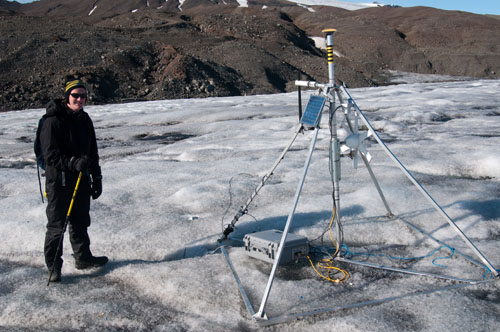 After a lot of hard work we had a working system which would survive another winter. Here Phil is experiencing the wierd feeling of leaving all your work behind in a remote place. We never get used to that and keep checking connectors etc.