In June 2010 we had first post-winter contact with our base station in Iceland. 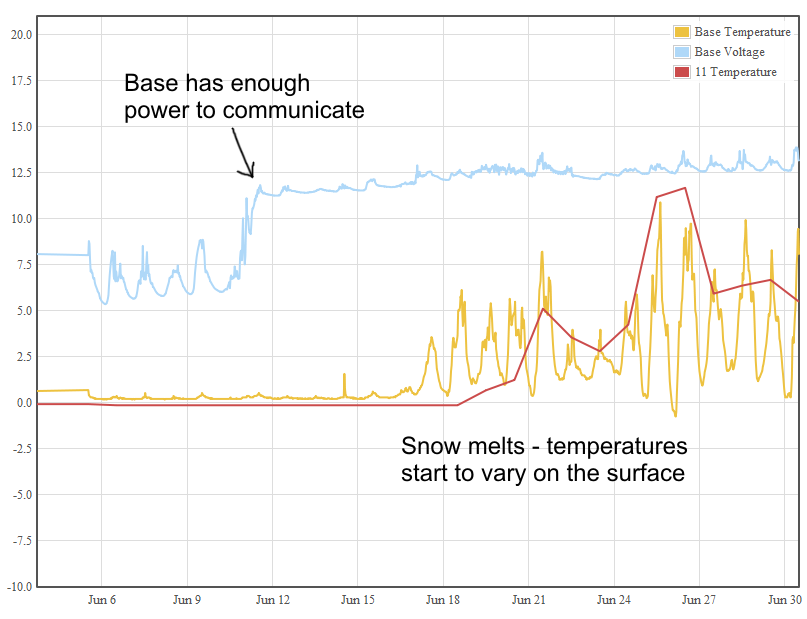 This graph shows that the base station started recharging in early June, reached sufficient charge to communicate over GPRS by June 12. It also shows that the snow covering the area melted by around June 16 allowing the temperatures to rise and fall with the day. Mid-day spikes in Base Voltage fit the peak temperatures. The red line is the wired surface probe which also shows mid-day warming (it only measures then). 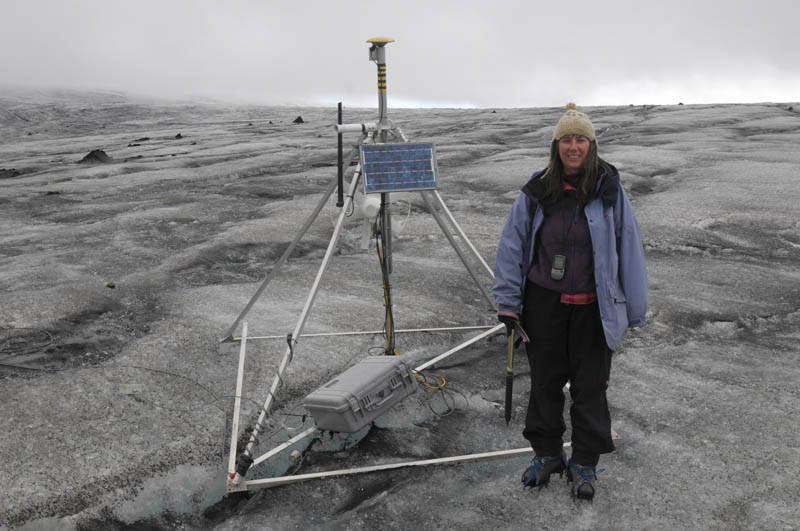 In August 2010 we went out to do mechanical repairs: it turned out rivets do not last very long out there.. (see top left join) but the base looks fine after an Icelandic winter. 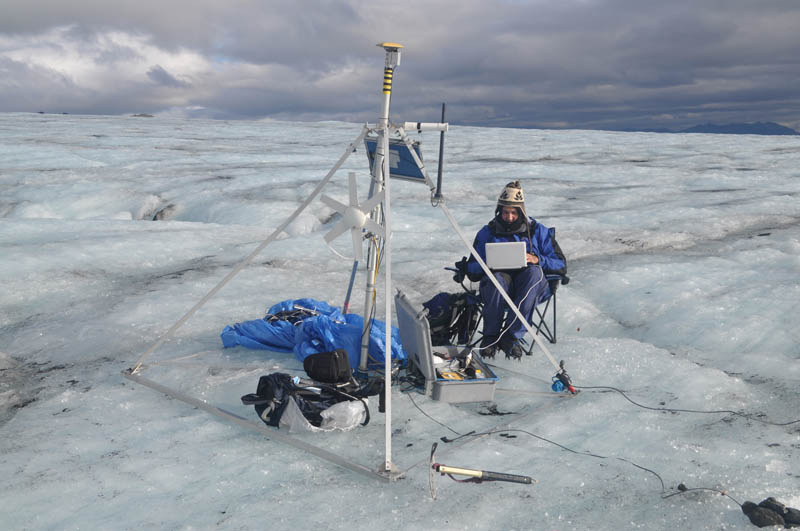 On October 2010 the wired probe was replaced and data retrieved from a probe which had been offline since Feb. 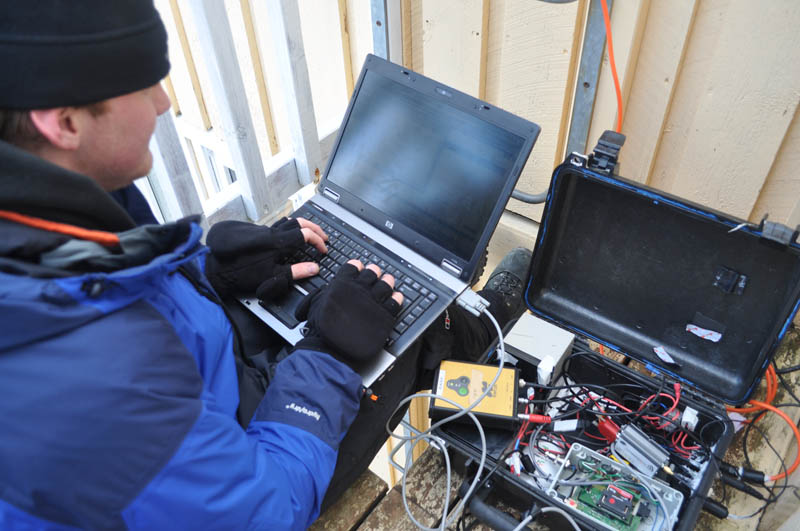 The cafe base/ref station software and hardware was updated, especially its antennas and new solar panel 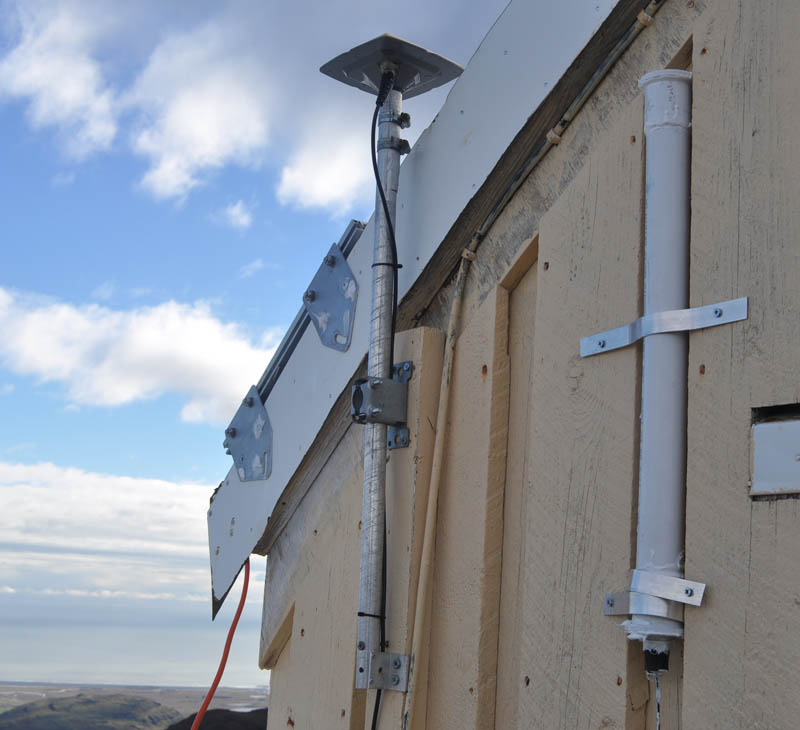