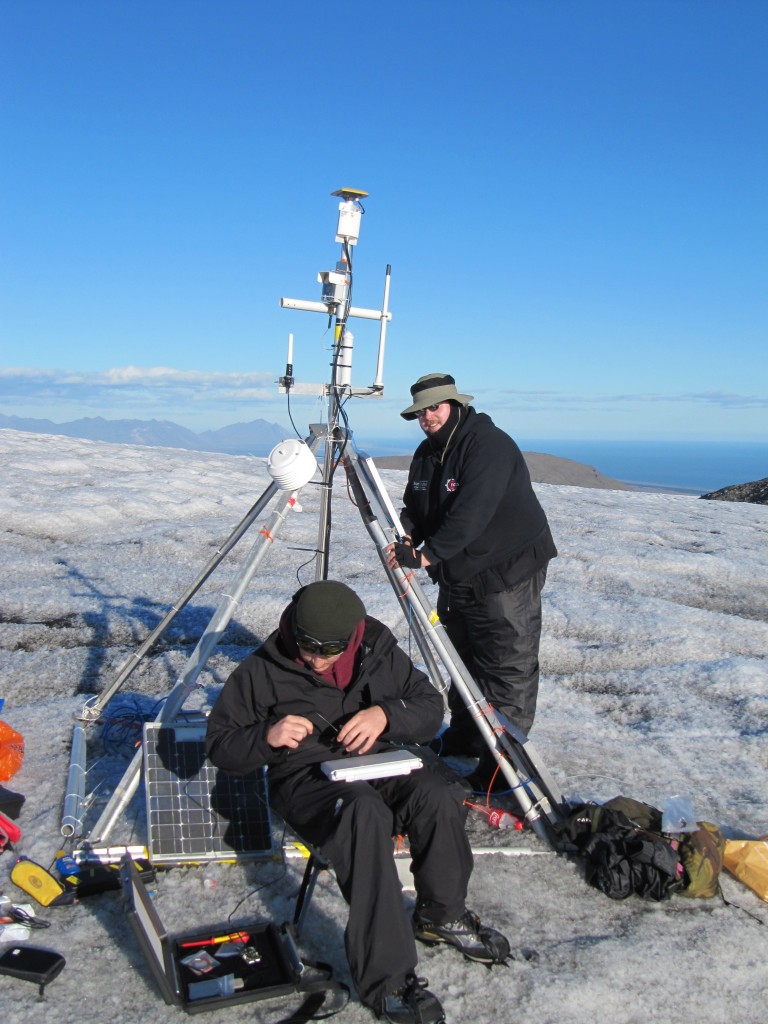 Here you can see the new shape of the 2013 base station – without wind generator (extra solar panels instead), new panel Wifi antenna on the top, new camera just below that and Topcon dGPS on the very top now. The structure has been reinforced with recovered parts from the damaged and decommissioned GPS pyramid. 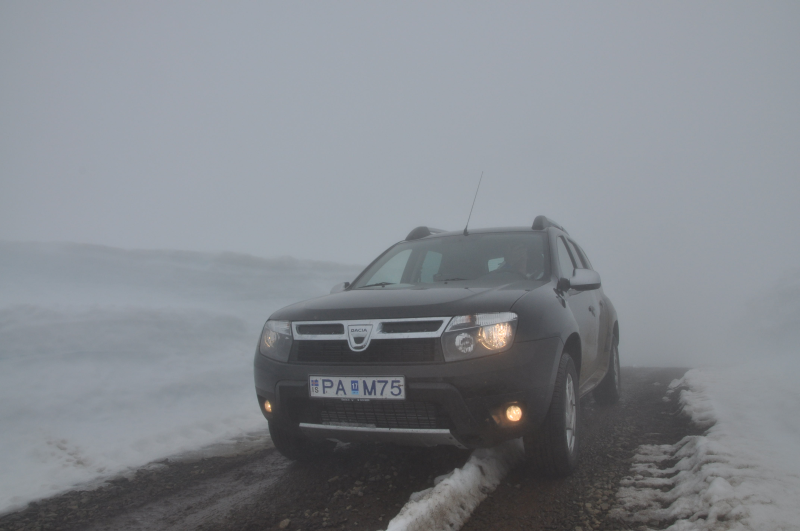 Earlier in 2013 we tried to do some work but there was too much snow! Our Dacia Duster on the road back from the glacier, between walls of about 2m high snow 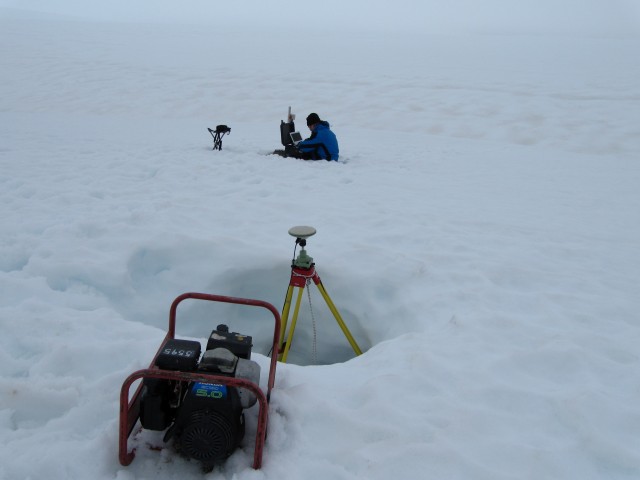 early 2013 – we have so many batteries in the dGPS cases we used a small petrol generator to charge them after they lost all charge over the winter. Phil is in the background testing the webcam node. 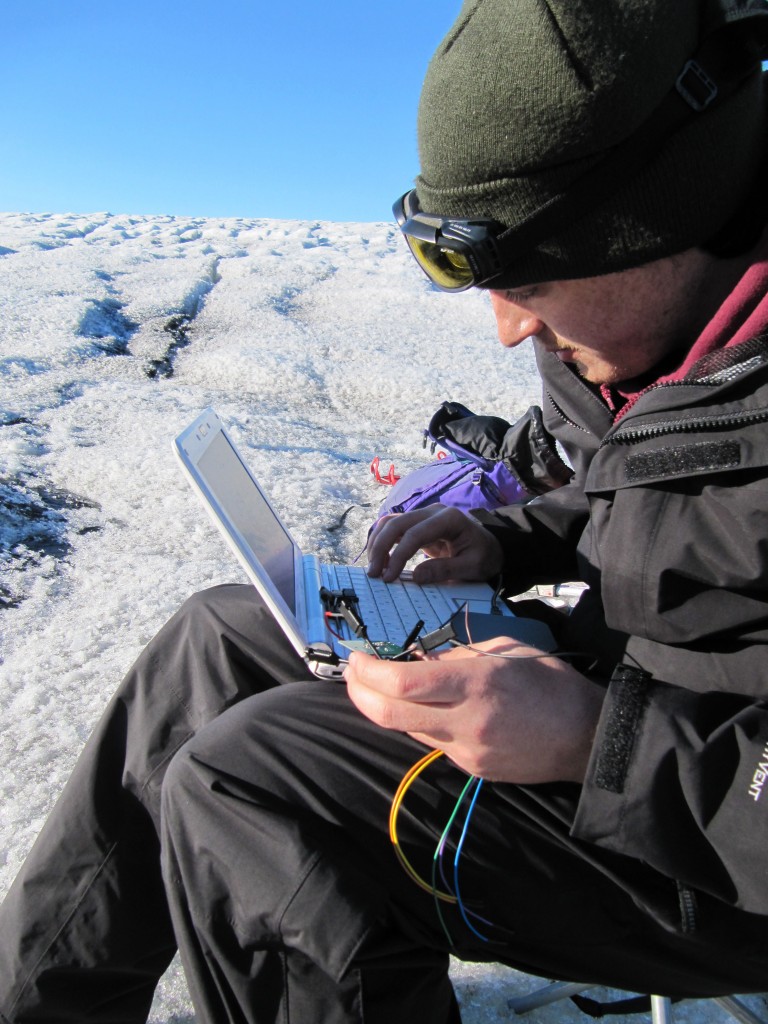 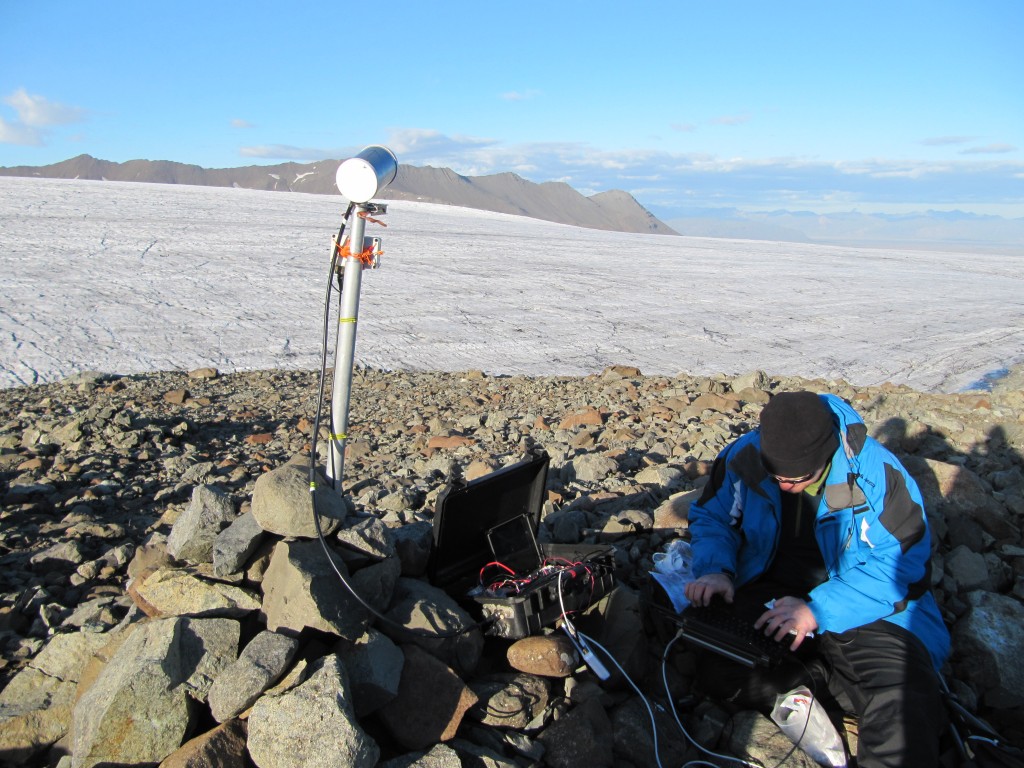 Here Phil is installing a new Wifi link to the moraine smart-camera system. Incredibly this “cantenna” can link directly to the Holmur Wifi 16km away! We don’t expect perfect connectivity but even occasional link-up will push the images to the web server in the UK.