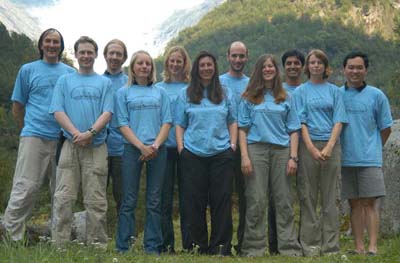 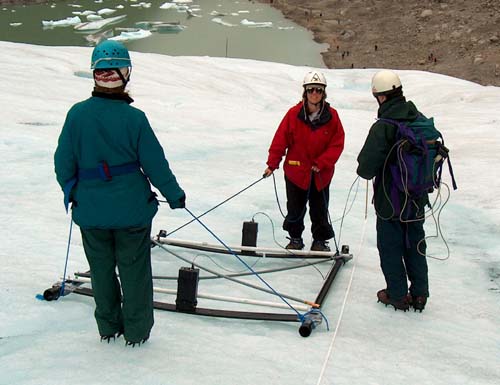 The initial radar survey was quick and efficient. It showed the glacier depth to be around 60-70m and a river (which we could avoid). 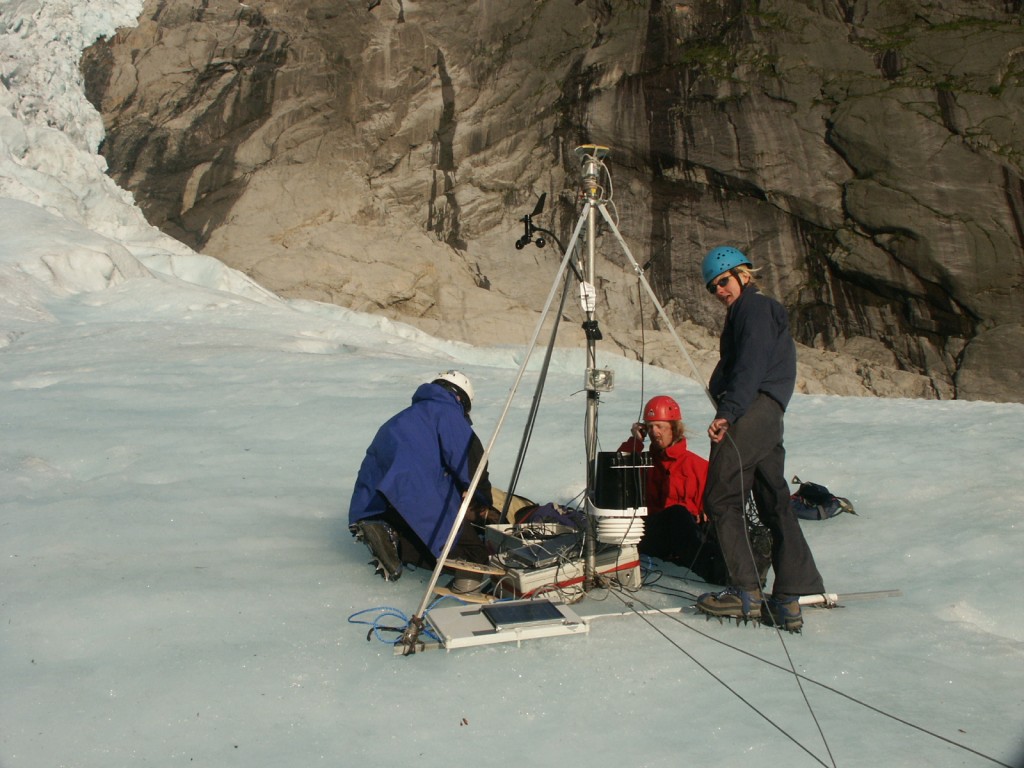 Building the base station 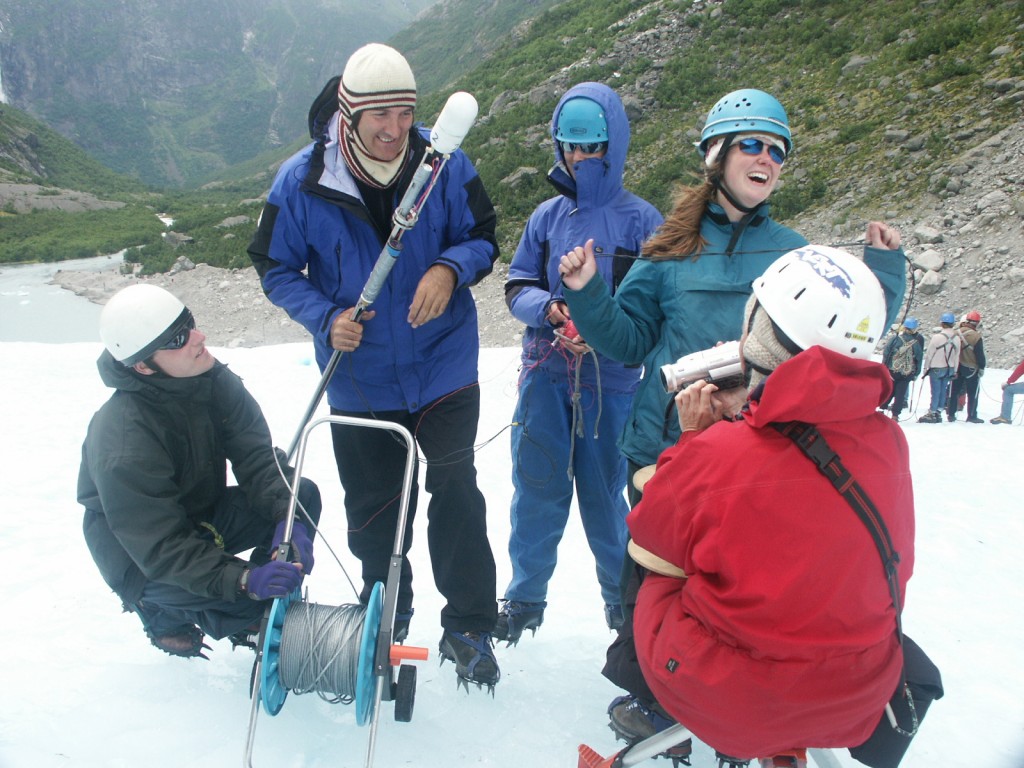 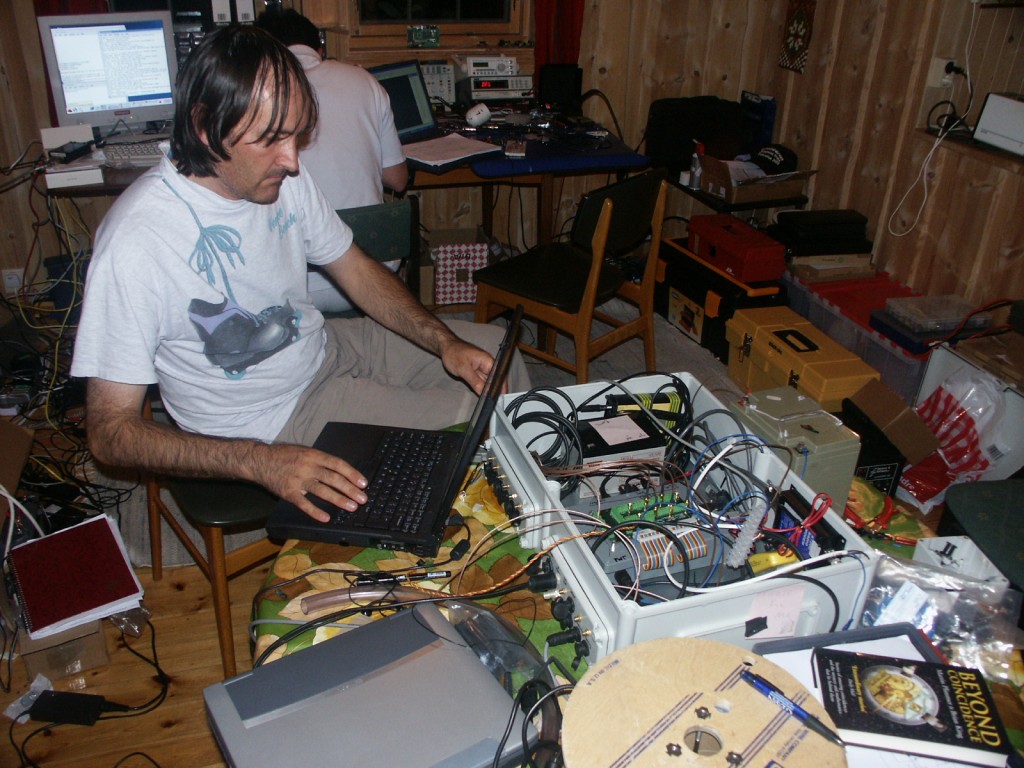 Working in the cabin 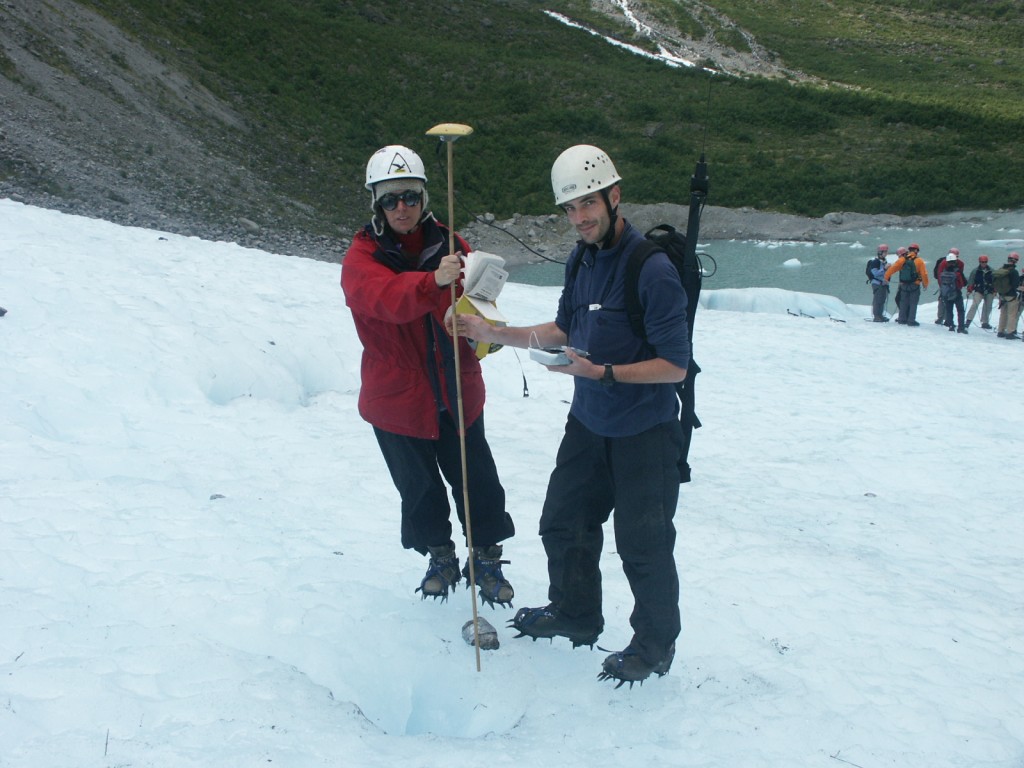 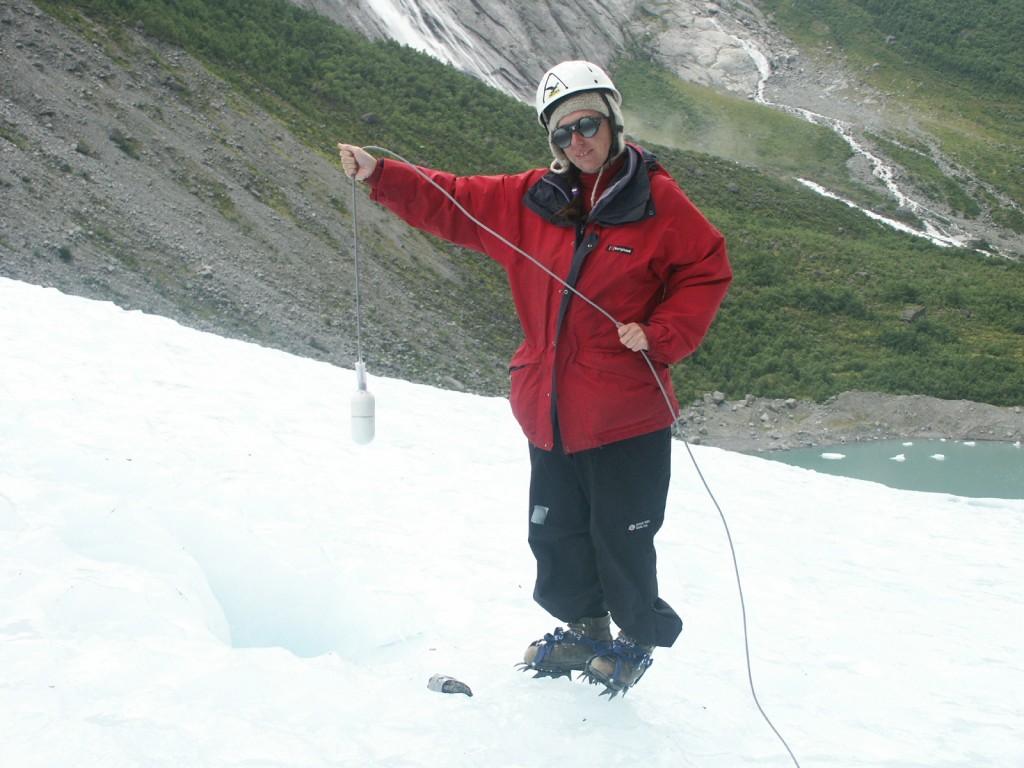 Wired transceiver (radio) which goes into the ice 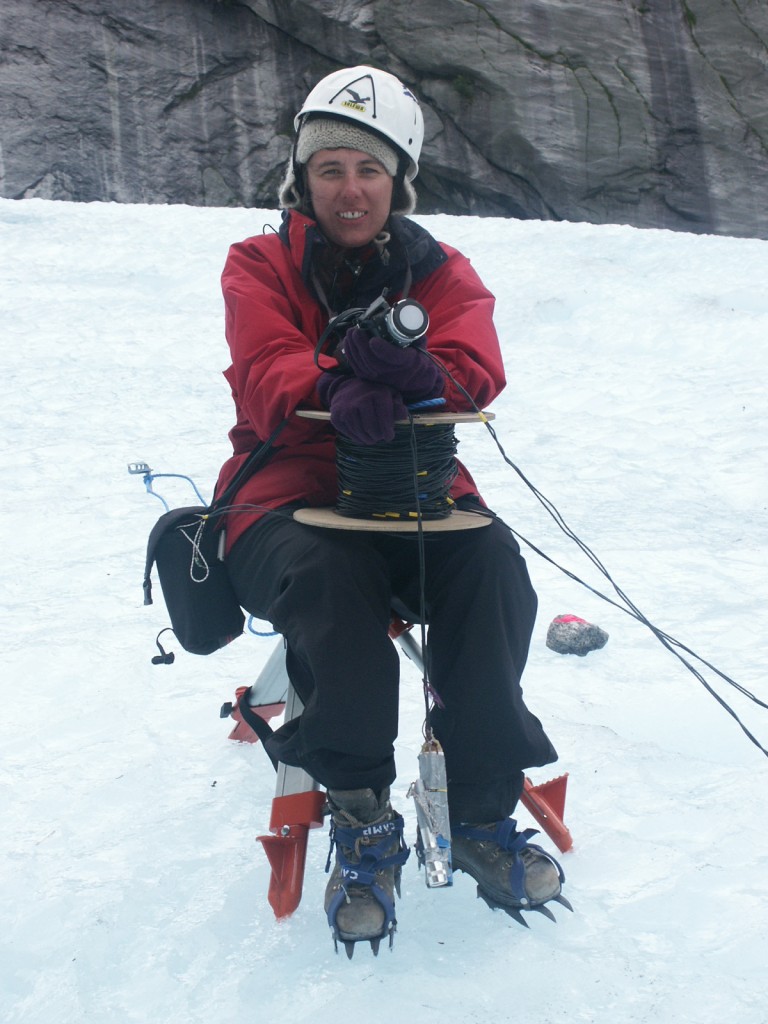 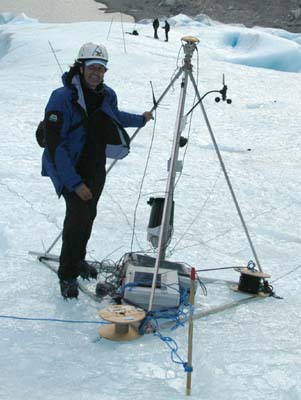 The new base station now sports a weather station and has one big box with only batteries! 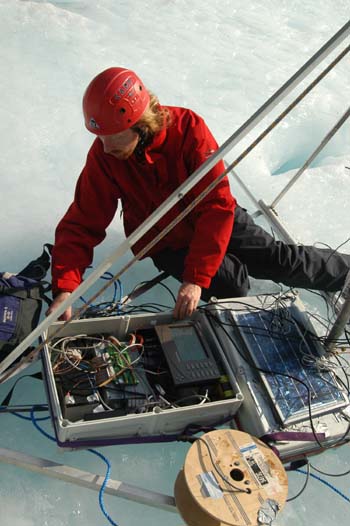 A close up of the spaghetti which is base2. It now runs Linux on a BitsyX.