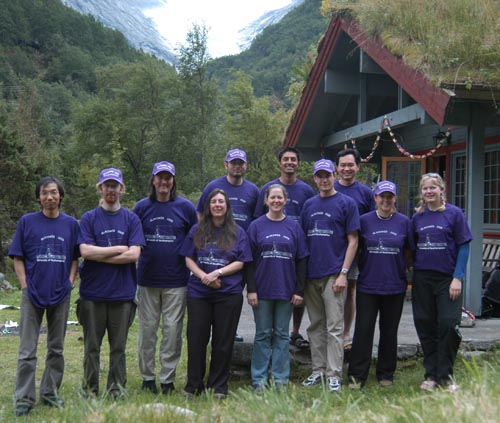 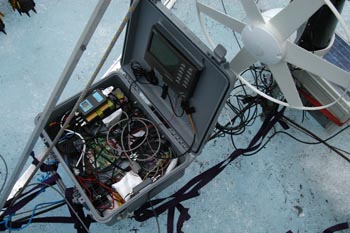 The new base station box - as packed as ever! 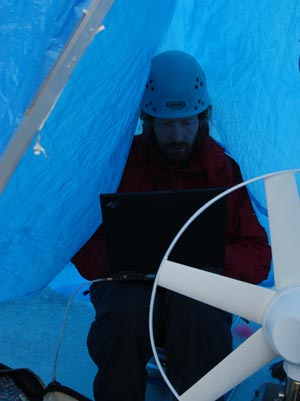 When it rained the only way to work on the ice was under a tarp. Here Al gets testing and the wind generator has a rest. 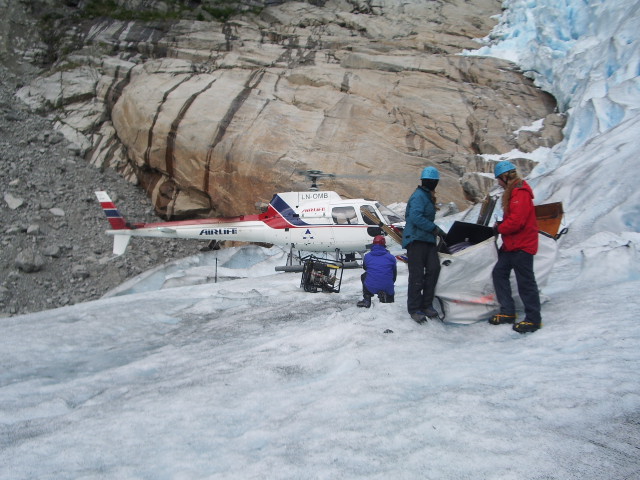 Helicopter lift was unusual this year! They landed on the ice. 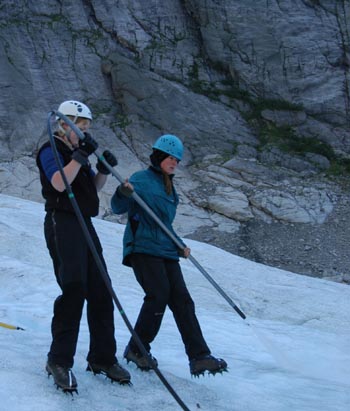 Sarah and Kathryn get drilling 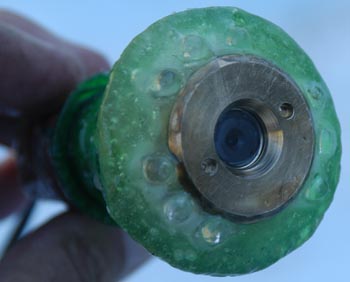 The lightless borehole camera gets lights coutesy of a plastic bottle, LEDs, glue and Royan. In practice the white lights didn't work well in the middle of the holes. 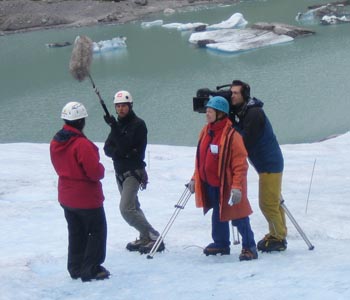 The BBC were filming us for their Titanic iceberg film 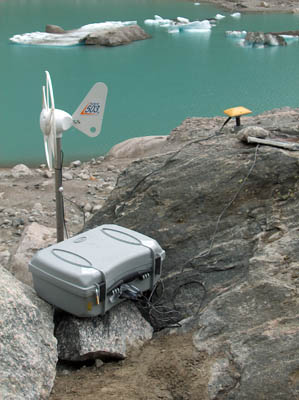 After hours drilling into the rock the GPS reference was set up with a (broken) wind generator. Topcon antenna is yellow and to the right. 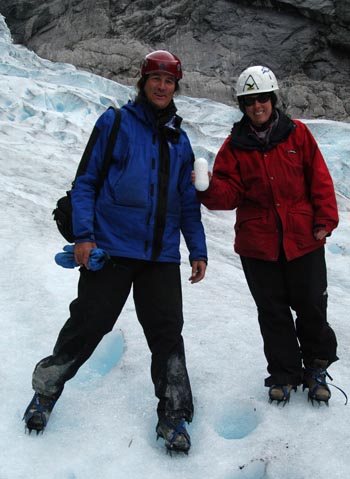 Kirk Martinez and Jane Hart say goodbye to a 2005 probe