The base station lives permanently on the ice and links to the probes and outside world. It also takes measurements. It uses a small low power computer running Linux on an ARM processor. It has a dGPS, solar and wind power, GSM phone and radio links to talk to the probes. This 2012 version has a 20W solar panel, a wind generator on top to maximise winter power and a WiFi link to the reference station 1km away. It also uses more modern electronics and code than the previous base stations (ie BeagleBone running Ubuntu, and custom MSP430F5437 board) 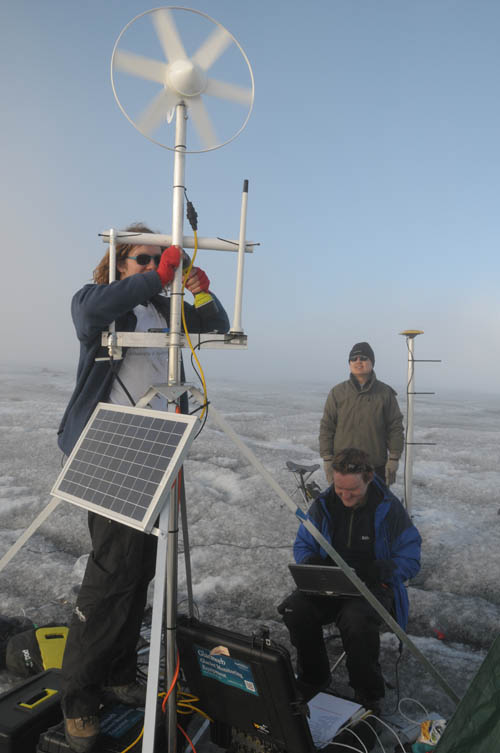 Jeff, Phil and Alfred working on the base station in 2011

In 2008 we redesigned the Norway system for Iceland – so it became physically stronger, used gumsense/gumstix,  linux, and GPRS for internet connection. Its power consumption was much lower (microamps) than the system made for Norway so it had better longevity. Eventually it managed to survive the Icelandic winter. 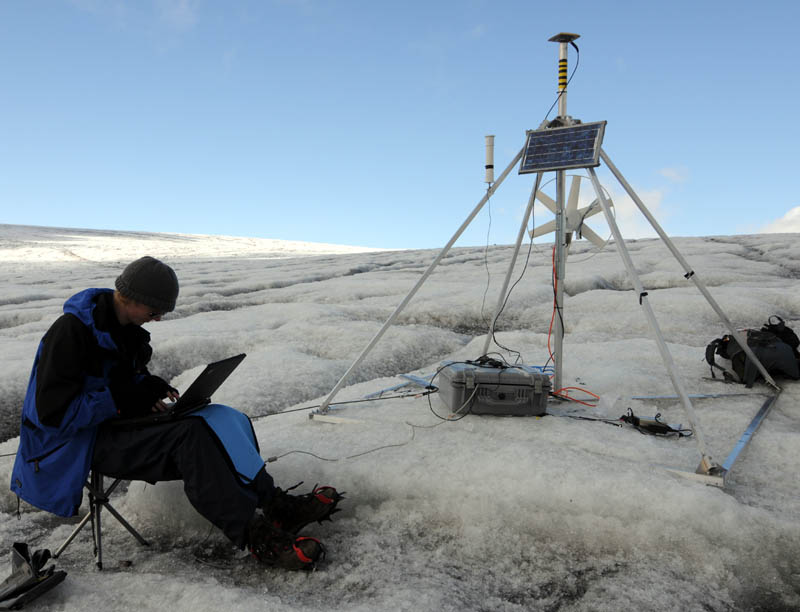 Rob working on the 2008 base station 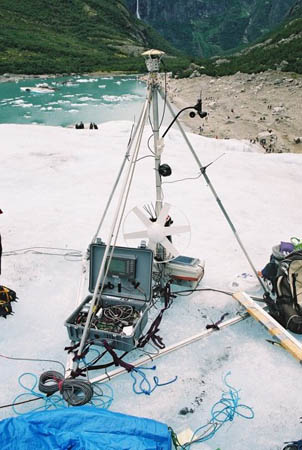