The outflow river bed remained almost unchanged while it was monitored from Autumn 2012 to Summer 2013. However, sometime between July 2013 and July 2014, the flow became violent enough to move massive boulders, as these images from the bridge camera show. 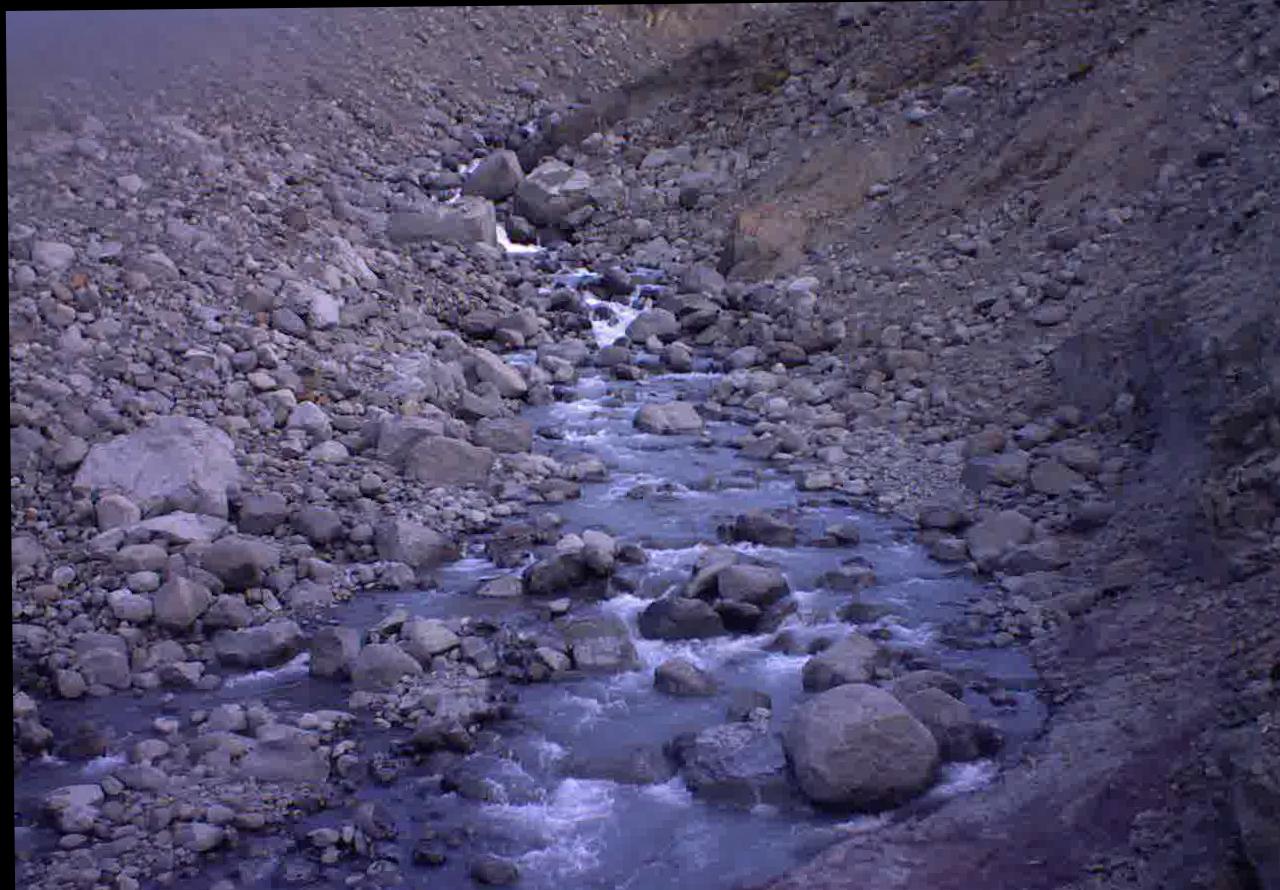 Note the big boulder – about 1 m high – right of centre in the foreground of the earlier image, which has been swept out of shot a year or so later.