Today we set up two dGPS units to measure the speed of some of Fjallsjökull glacier. We chose an area of ice which is clearly moving forward towards the lake.

Here is the dGPS system setup on Fjallsjokull, with Jane Hart and Frey

The photo above shows a “quadpod” supporting the GPS units – which are an adaptation of those made by Matthew Roberts of the Icelandic met-office. The idea is to be strong enough to cope with winter and cast few shadows (which cause ice to grow). The system is currently measuring its position every 3hrs to an accuracy of about 2cm – using signals from the base station to help it. 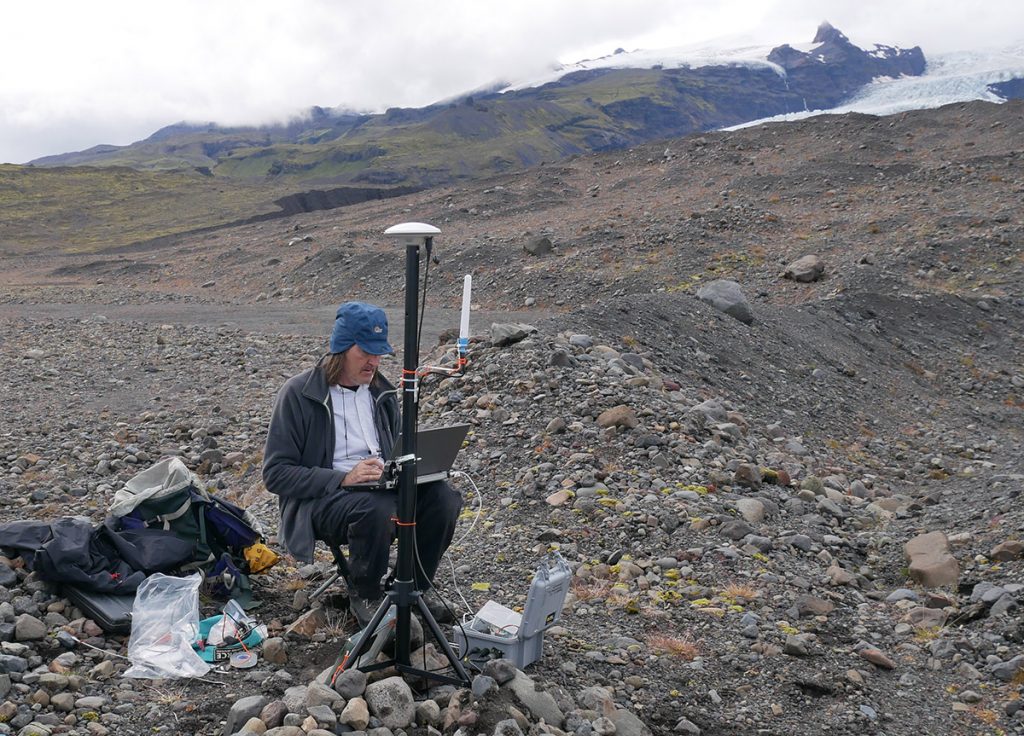 the dGPS base station installed on a moraine close to the Fjallsjokull glacier. We used speaker stands burried in rocks to support the GPS antenna (top) and hold its 2.4GHz radio antenna (white stick). Shortly after this photo I accidentally kicked sand into the laptop keyboard – so it was not so easy to use after that! 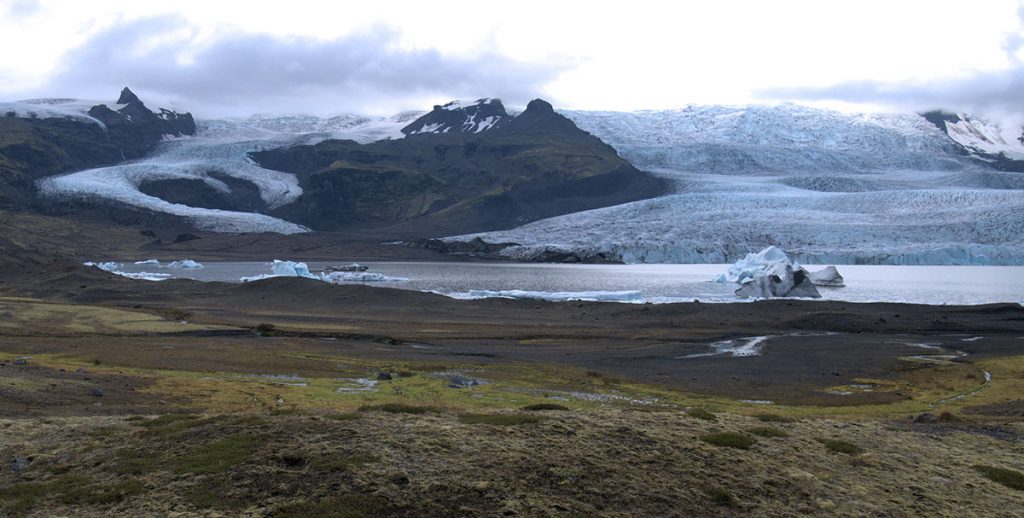 View of Fjallsjokull with our deployement being almost in the middle of this photo.